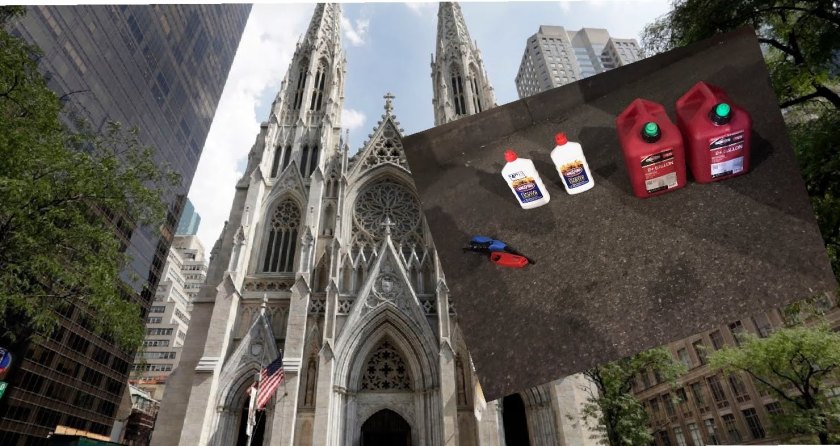 It has been reported that at approximately 7:55 P.M. ET on Wednesday evening, a 37 year-old New Jersey man walked into the St. Patrick’s Cathedral in Manhattan with two gas cans and lighter fluid. The man has been taken into custody and is apparently known to police.

No one was injured at the scene. At the moment, the man is considered to be “emotionally disturbed” and is expected to be submitted to a psychiatric evaluation.

Around 7:55pm, a man walked into St. Patrick’s Cathedral in Manhattan with gas cans and lighter fluid, and was subsequently apprehended by @NYPDCT without incident. We thank our partners for their help, and remember – if you see something, say something. pic.twitter.com/qEbmklnqzQ

“His basic story was that he was cutting through the cathedral to get to Madison Avenue, that his car had run out of gas,” said NYPD Deputy Commissioner John Miller. “We took a look at the vehicle, it was not out of gas and at that point he was taken into custody and brought to the Midtown North station house.”

The incident comes only two days after the fire of the Notre Dame Cathedral in Paris, France. Despite the speculation from some conservative Catholics claiming to be attacks on their faith during the holy week, the man’s intentions for walking into the St. Patrick’s Cathedral Wednesday night with flammable items remain unclear.