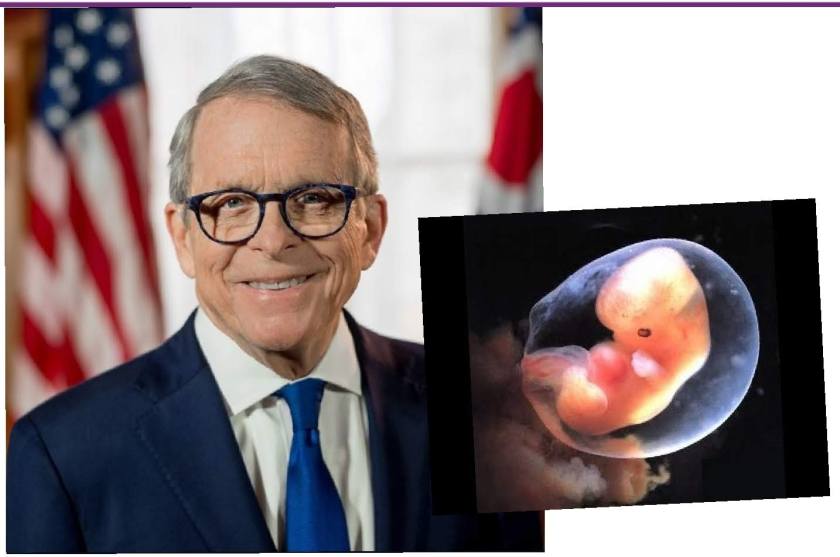 On Thursday, the “Heartbeat” bill that bans abortion once a heartbeat is detected on a fetus was signed into law in Ohio state. The bill was signed to protect the unborn who can not speak for themselves. “The essential function of government is to protect the most vulnerable among us, those who do not have a voice. “Government’s rule should be to protect life from the beginning to the end, to protect those who cannot protect themselves,” Said Governor DeWine during the signing ceremony and added, “The signing of this bill today is consistent with that respect for life.”

After multiple attempts to pass the bill and rejected by, Governor Mike DeWine finally made it happen despite of major criticism from leftist organizations like the ACLU. The ACLU has promised to challenge the new bill signed into law stating it is unconstitutional to restrict women from pursuing an abortion including after the fetus has developed a fetus. “Similar versions of this unconstitutional abortion ban stand 0-4 in federal court. Soon to be 0-5,” said ACLU via Twitter.

Majority of babies in the womb develop a heartbeat between 5-6 weeks and in some rare cases much earlier. However, most women find out they are pregnant after their first month of pregnancy which leads critics to believe that this may be a radical anti-abortion bill. But what is more radical, passing an abortion bill that will allow infanticide or a pro-life bill that will not fully ban abortions after the child in the womb can pump blood on its own? After all, according to science, human life is measured through brainwaves and heartbeat – so why is a human fetus any different from a person in comma?