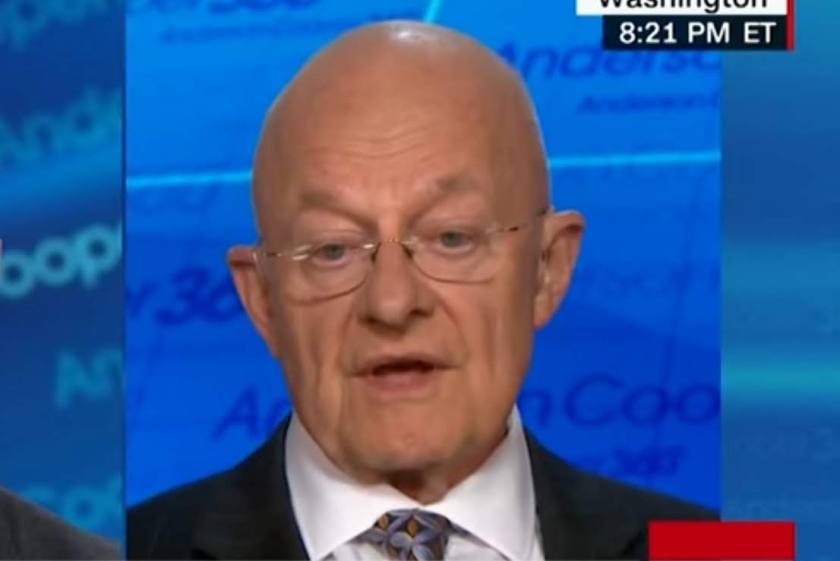 On Wednesday, the former DNI Chief James Clapper once again appeared on CNN where he reacted to the Attorney General Barr’s remarks about intelligence agencies spying on the Trump campaign. Clapper exposed his hypocrisy regarding the use of the word “spying” so deliberately.

“I thought it was both stunning and scary. I was amazed at that, and rather disappointed, that the Attorney General would say such a thing. The term ‘spying’ has all kinds of negative connotations and I have to believe he chose that term deliberately,” Clapper told Anderson Cooper of CNN.

“Stunning and scary… I was amazed,” says former spy chief James Clapper on AG Barr’s “spying” remark. “What you expect from the attorney general is some independence and objectivity, not reciting talking points that he’s heard from the President and other of his supporters.” pic.twitter.com/tFWyjrzwJA

Clapper is now contradicting his own statement where he affirmed in 2018 on “The View” that spying on the Trump campaign took place for Trump’s own good. Attorney General Barr did not confirm which intelligence agency was involved in the so-called “wire-tapping” but he did express concern  that it was his duty to find out what truly took place to cause our intelligence community to spy on a U.S. citizen. According to Clapper, they had the obligation to surveil Trump’s campaign to monitor Russians who were attempting to interfere with the election. However, Mueller concluded there was no such Russian Collusion or obstruction of justice. So… what was the real purpose to spy on then-candidate Trump?