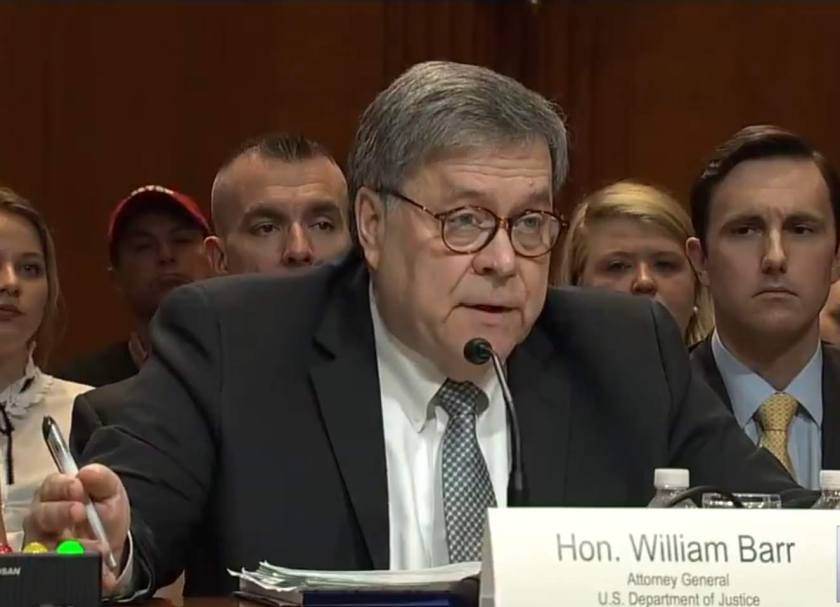 On Wednesday, Attorney General William Barr appeared before congress to update the committee on the Muller Report that will be released in the next upcoming week with the proper redactions for the public to read. During the hearing, A.G. Barr affirmed that not necessarily the FBI spy on the Trump campaign but other intelligence agencies were involved in the matter.

“I think spying did occur,” A.G. Barr said to Senator Jeanne Shaheen. “But the question is whether it was adequately predicated and I am not suggesting that it wasn’t adequately predicated but I need to explore that. I think it’s my obligation. I am not suggesting those rules were violated, but I think it is important to look at that. And I am not talking about the FBI necessarily, but intelligence agencies more broadly.” He then added, “I think spying on a political campaign is a big deal. It’s a big deal.”

Attorney General Barr on Mueller Report: "I am going to be reviewing both the genesis and the conduct of intelligence activities directed at the Trump campaign during 2016…I think spying on a political campaign is a big deal." pic.twitter.com/uz4tIqGIaa

In March of 2018, Former Director of National Intelligence (DNI) James Clapper appeared on “The View” to speak on the on going Russian Collusion investigation that was taking place at the time. Clapper told not only used the word “spying” during his interview but he added that President Trump should be “happy” the surveillance took place for his own good.

President Trump always claimed to have been spied on but the media decided to mock him instead of reporting on the former high ranking agents’ affirming his allegations. Once again, the media and Democrats are attacking Attorney General William Barr for suggesting there is enough evidence of spying on the Trump campaign that he would have to investigate on who was involved and why did they proceed to surveil on a then private citizen.