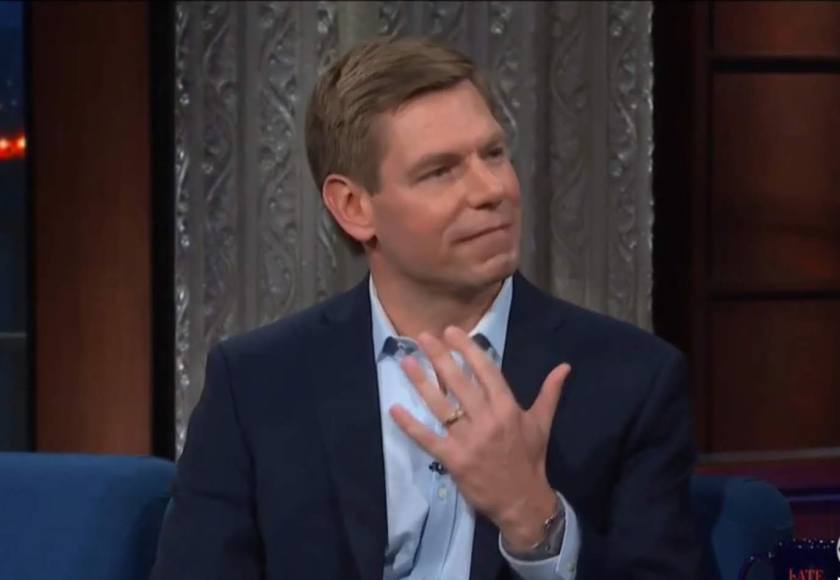 On Tuesday, just like Senator Kirsten Gillibrand, Rep. Eric Swalwell announced in the “Late Night Show With Stephen Colbert” that he is join the race to become the next president of the United States in 2020.

Just less than a year ago, Rep. Eric Swalwell was the same congressman who threatened to nuke his own fellow Americans if they ever refused to give up their guns when ever the government says to do so. When Joe Biggs, a second amendment advocate, expressed his outrage of Swalwell to attack his constitutional right, Rep. Swallwell responded with, “And it would be a short war my friend. The government has nukes. Too many of them. But they’re legit.” The second amendment was put in place by out founding fathers to avoid any tyrannical government and Rep. Swalwell is a modern day example of a tyrant and as to why we should not infringe on that right.

And it would be a short war my friend. The government has nukes. Too many of them. But they’re legit. I’m sure if we talked we could find common ground to protect our families and communities.

In late March of 2019, Rep. Swalwell is now attempting to appear a bit more moderate by going shooting at the range. Where does Swalwell stand on the second amendment? It is unclear where he stands. This is the same Representative that goes along with conspiracy theories against the a sitting president claiming to have enough evidence to prove that he is a spy, yet he does not turn the “evidence” in. Rep. Swalwell seems to be all over the place. Does he seem fit to be president? That’s up to you to decided.

I love to shoot at the range and hang with our local vets. So we combined those today, thanks to help from @ACSOSheriffs. Was joined by @MomsDemand founder, @shannonrwatts — an advocate for gun safety, and also a lover of our cops & vets. We had a great time! pic.twitter.com/rnaBpUDfH1