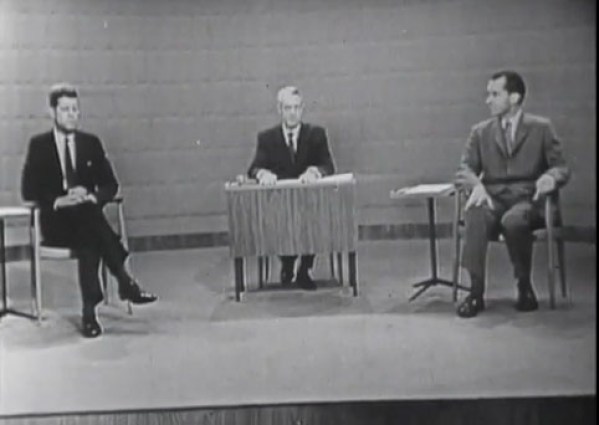 There are scores of people who are angry just for the sake of being angry.  Front and center among the these groups of people are the ones who can’t really explain why they are angry, all they know is that they are angry.  If asked where the anger comes from, you’ll most often hear negative comments about the government, our leaders (local and national), political party, and economics.  When people try and initiate discussion with the angry they are often shouted down or they hear one of the several “isms” thrown their way.

I recently lost 2 longtime friends who are happen to be brothers.   These 2 brothers assumed I was a Donald Trump supporter, not because I told them I was, but because I wouldn’t make a public statement on social media saying that I disagreed with his policies.  I kept clear of political discussion with these two friends for our entire lives because I know that they have some pretty extreme views and they often got angry when they came across differing points of view and I put the longtime friendship above caring to discuss with them their viewpoints on politics.  Now, I don’t consider them extreme because they dislike Trump, I consider them extreme because they believe that socialism is a good idea and they both literally made very public declarations that they are incapable of being friends and associating with people who happen to support Donald Trump.  I have several people in my life who are vocal Trump supporters and because of this the brothers said I needed to declare where I stood, and worse, they wanted the declaration on social media.  The entirely childish scenario sounds made up, but it isn’t.  Unfortunately for them, I wasn’t going to start caving to adults throwing child-like tantrums so that was the end of the friendship as they were concerned.  Both of the brothers decided to start attacking me with the “isms” for all to see on social media because the anti-Trump declaration was never made.  All of a sudden people who were like family to me threw me to the side and started publicly throwing around terms like racism, sexism, xenophobe, several the terms used by the extreme left to attack the character of Donald Trump.  Regardless of the fact that these brothers never saw any shred of this type of behavior from me in over 30 years of friendship they decided to start slandering because they couldn’t force me into their public declaration.  I don’t tolerate this type of behavior and I won’t allow for so-called friends to try and slander me publicly so I let them know in so many words that I was done associating with them.  These previous friends of mine knew that I had co-workers on my public pages and if they saw these terms thrown my way, legit or not, that’s a stain that can often be hard to remove and in the end could jeopardize my employment and overall reputation.  I knew that if they were comfortable risking my job and reputation because I didn’t cave into their demands they weren’t people I should be considering to be friends.  It’s sad to see this longtime friendship dissolve over something so completely necessary but I’m better off without those types of people in my life.

I am a supporter of the 2nd Amendment to the core and I have friends that completely disagree with that thought, however those friends and I all can act like adults and separate the friendship from the differing points of view and we value each other as people.  The friends of mine I referenced who don’t see eye to eye with me on the 2nd Amendment can have a discussion with me about why they feel as they do and I can detail why I feel as I do and there’s never any hostility, no “isms”, just a heart to heart as needed.  More often than not we don’t even discuss the 2nd Amendment because we can function like adults and see beyond the differences.

In the end once the “isms” on “phobes” are thrown around the intent is always the same, it is to demonize those they disagree with and shut down the differing point of view.  People who are on the receiving end of these claims are either forced to defend their character from those attacks, thus stopping the debate, or they outright drop the discussion because they don’t feel that it’s worth it anymore because those labels can destroy careers and lives.  Being on opposite points of view isn’t new in America.  However, what is new, is the warlike mentality that is becoming all too common where people aim to destroy others rather than discuss or find common ground.  Once the demonizing labels are tossed around the debate is often over, the civility is gone, and the anger usually is the prevailing thought.  I speak from experience on this because I’d rather have those 2 friends in my life than not in my life but we all made our choices.  They made their choice that I wasn’t worth their friendship and goodwill unless I publicly disavowed the President and I made my choice in feeling like the 30 years of being a good pal to them shouldn’t come down to me having to even have that ultimatum put in front of me.  I know I’m a very happy person and I wish them all the best but I have a feeling as time goes on their circle will continue to get smaller because of unnecessary political disagreement and that is a sad thought for me.   This story isn’t just ours alone but is also the story of thousands and thousands of Americans in similar situations, and I would like to see us gain some more civility as a country and stop trying to destroy one another over differing points of view.