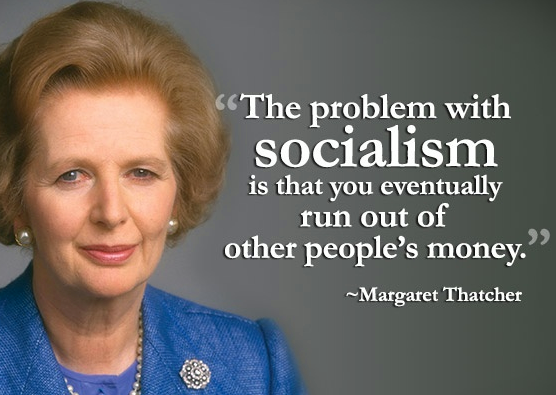 A YouTube video is making the rounds that shows reporter Cabot Phillips of campusreform.com going up to college students on the campus of Florida International University (FIU) and he asks them about their support of socialism.  The students highlighted in the video discuss how they would rather have socialism in America than capitalism.  The talking points of those in power who support and push socialism is on full display in these answers of these students.  Our college campuses are producing scores of brainwashed people who have 0 concept of understanding of what socialism does and how it will ultimately fail as it has every other time it has been implemented anywhere.

The students questioned discuss their reasoning and it’s filled with the regular talking points about free healthcare, free college, wealth redistribution, and stopping income inequality.  The students interviewed are all for grabbing from others to give to those without as many resources.  Socialism will always see to it that if we tax people at a 70-90% rate because they make too much money people will lose motivation to start and/or grow business.  If we redistribute wealth people will lose motivation to work hard because we shouldn’t see anyone being penalized for hard work.  Productivity will go down, businesses will close up shop because of excessive tax rates, lack of productivity, and people not having money to spend to buy from that business, and the leaders of the socialist thought process will become wealthy and powerful.  Bernie Sanders is one of the lead dogs of communist/socialist thought, nevermind the fact that he has a private jet, 3 large homes, and is worth millions of dollars.  When the people preaching the ideas don’t even follow the rules they want that should be a telling sign for anyone with a brain that this is all a giant scam.

Back to those “enlightened” college students.  These students were for redistributing wealth on those with more means.  However, when Mr. Phillips asked the same students if they would be willing to give up part of their GPA (grade point average) to those with lower GPAs in an effort to make everyone more equal those same students supporting socialist policy didn’t want to give up what they earned to those who didn’t contribute to their earnings.  One student remarked about having had to have a lot of late nights studying to get the grades she had.  People ignorant enough to support socialism think it’s free and that it will be wonderful for the masses and therefore should be implemented, yet, when confronted with the scenario of how they can contribute from their own GPA to help those with worse grades they see that not everything is free and there are consequences that will negatively impact their own small world.  These students are very typical of the brainwashed mentality of many people targeted by the extreme left, in that they have their brains filled up with anger and talking points and instead of doing research to see if what they are hearing makes sense they get filled with anger and repeat things they haven’t even researched on their own.  These students expose a major flaw in America and that is that if someone comes along and presents their case with enough passion there are masses of people that will buy into what they are being sold, even if it will cripple the country and lead to disaster.  Our college campuses have become places where students learn more about how to be angry and triggered than to understand and explain a point of a view and that is an extremely dangerous thing.