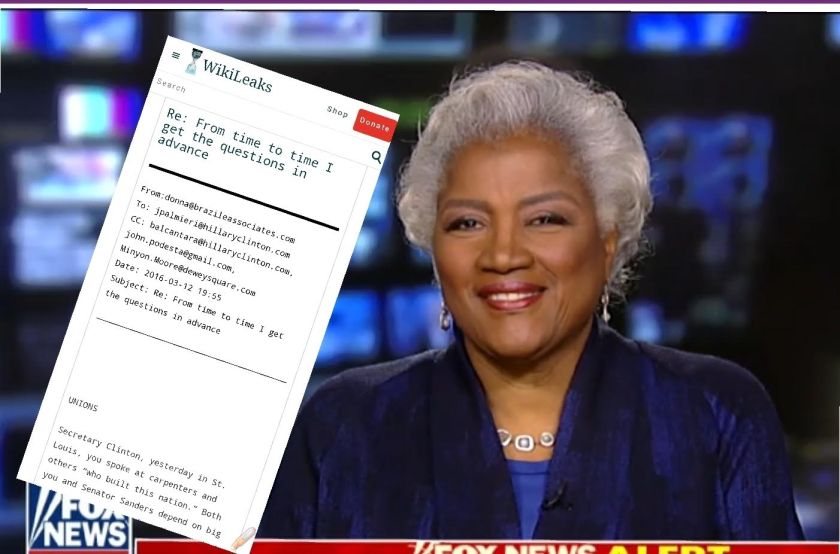 On Monday, an Op-ed written by the Former DNC Chairwoman Donna Brazile was published by Fox News to announce the reasons behind her decision to join the conservative network. According to the newly Fox News contributor, Ms. Brazile is hoping to debate new ideas and listen to people with opposing views as her in a civil and respectful manor.

In Ms. Brazile’s op-ed she wrote:

I am excited by the opportunity to share my perspective and views with the Fox News audience and to help shape the dialogue at this important juncture in our history. More importantly, I’m eager to learn from the experience.

The 2020 presidential election is a consequential moment in American democracy. Everything we believe in as Americans will be examined and, in essence, ratified by our votes. But it concerns me, as it does the majority of good Americans, that our national debate has become hostile and disrespectful. We no longer simply agree to disagree. Too often we demonize the intentions of others. Our lines of communication are frayed, if not broken.

In order for us to best decide as a people how to better protect and preserve our way of life, we need to first be able to hear what others are saying without the filter of bias and contempt. Not until we once again become practiced at treating those of differing views with civility and respect can we begin to join together to solve the myriad of problems our country must overcome.

In October of 2016, Wikileaks begin to publish thousands of emails belonging to Hillary Clinton’s former Campaign Chairman John Podesta. In some of those emails, Donna Brazile was involved sending chained emails to John Podesta and others providing the presidential debate questions in advanced to Hillary Clinton. At the time, Donna Brazile was a CNN contributor which facilitated her access to the questions around March of 2016. Donna Brazile left as a contributor for CNN on October 14, 2016 after the scandal.

We are completely uncomfortable with what we have learned about her interactions with the Clinton campaign while she was a CNN contributor. CNN never gave Brazile access to any questions, prep material, attendee list, background information or meetings in advance of a town hall or debate.

When Donna Brazile was confronted about her emails by The New York Times in late October of 2016, she declined to comment, “I am not going to verify, deny, confirm or even try to make sense out of stolen emails that were hacked.”

Below are three emails of Donna Brazile with the Clinton campaign:

Including John Podesta was unable to deny all of their leaked emails were real and instead blamed the entire controversy on a “Russian hackers” narrative.